Over 2,000 entries from 11 countries and 40 US states will be evaluated by our distinguished judges at the 2016 INDY International Wine Competition. Wine writers and winemakers, winegrowers and enologists, chefs and sommeliers, wine distributors, retailers and consumers meet every year in the heart of America, a truly central place for your wines to be seen and recognized.

Why enter the Indy International?

Welcome to the brand new look of the Cathay Pacific HKIWSC!

Asia’s premier wine and spirit competition is excited to bring you a fresh new look for 2016.

Make sure to take a look at the 2016 brochure for all the information on this year’s competition. Don’t forget the entry deadline this year is September 2nd – enter online now

For shipping information, please visit our website here in order to get your products to our dedicated cellars in time for judging in October.

Read on for a special Q&A with whisky expert and judge Eddie Nara, as well as insights into the Hong Kong market from competition director Debra Meiburg MW.

You can now enter your Riesling into The Drinks Business Global Masters competition. This tasting will identify the best examples of Riesling from all around the world in every style and price range.

Unlike other international competitions, The Global Masters series is judged by grape variety rather than country. Every wine will be measured on the taste of its grape and the skill of its winemaker.

All Global Masters are judged blind by the finest palates in the world – a panel of Masters of Wine, Master Sommeliers and senior buyers only. The best competing wines will be awarded medals from Bronze through to Gold, and ultimately “Master” for exceptional examples.

The calibre of the judges guarantees international recognition of all the medals awarded.

The administration fee is £140 per entry.

For more information please contact:
Chloé Beral on +44 207 803 2437, or by email on chloe@thedrinksbusiness.com

As an event organizing company for two decades now, we have been working for the development of Hungarian wine culture, the strengthening of the domestic wine trade, and for increasing the international popularity of Hungarian wines. Since the foundation of Budapest Wine Festival – the first national wine festival in the country – in 1992, the range of our activities has been continuously widening with services provided both to winelovers and winemakers. Our major event to date, Budapest Wine Festival attracts tens of thousands of visitors to the Buda Castle from all over the world, and it is a unique festival even by European standards. We believe that the combination of the world heritage setting, and the assortment of premium local wines can greatly contribute to the acknowledgment of Hungarian wines in the world market and to a more pronounced image of the country as a popular travel destination.
In the past few years, our other wine festival, Rosalia, has also emerged as one of the favorite events in the pre-summer season. Every year in early May, it is a close-to-complete line-up of rosé and sparkling wines that ensure an easy-going, graceful atmosphere under the trees of the Gesztenyés garden in Buda.
Besides our open-air festivals, we are proud of VinAgora International Wine Competition, the largest and the only international competition of Hungary, that we have been organizing for twenty years. The public tasting event of the competition is the VinAgora Wine Gala held late June, where around thousand wine conoisseurs can compare their own judgement with that of the official jury.
A popular service provided to Hungarian winemakers is our aid in managing the application and sample delivery processes to all major international wine competitions. Also, upon request, and based on assortment tasting we make suggestions about which competition to apply to with which wines.

International market leader of the officially recognized quality – awards
Every year over 1700 producers out of 40 countries benefit from the quality evaluation of awc vienna.

Global Advertising with EU – Approval
awc vienna is officially approved by the EU to organize wine competitions for the purpose of granting wine awards. Advertise with „awc vienna medals“ applied on your wine bottles!
11.611 Wines from 40 Countries (awc vienna 2015)
11.611 Wines from all five continents offer you a real challenge.

Absolute Blind Tasting
All wines will be tasted in single cabins and anonymously (blind tasting) by an international jury. This offers a fair chance for every wine!

Moderate Participation Fees
In the international comparison favorable participation fee of € 60.– (for participants in Austria and in the EU: +20% VAT) per wine sample and the awc vienna extra discount: If a wine producer submits 6 wine samples, 3 more wine samples are for free.

***Stars Winery – evaluation of awc vienna
For the ***stars evaluation of wineries, the points of the six highest rated wines of a winery will be added up.

Attractive Prize Money
awc vienna is the only wine competition that offers prize money in total value of € 8.000.– INCREASE THE FAME OF YOUR WINES!

Nowadays, your wines need to be known and renowned in order to be popular with customers. Consumers are busy and they do not spend time researching before buying a wine. They buy wines they are familiar with or wines which seem trustworthy.

As for wine, consumers are looking for a sticker, placed in full view on the bottle, which certifies that the wine was awarded a medal by international professional wine tasters. The increase in numbers of wine tasting competitions indicates that these represent a very efficient marketing method. This is why Sélections Mondiales des Vins Canada offers you and your wines a high level of credibility and outreach.

This is what Sélections Mondiales des Vins Canada (SMV Canada) offers you. SMV Canada increases the notoriety of your wines near million consumers, in particular in North America. The countdown to the IWC 2016 has started! All entries must be submitted by 3 March 2016 in order to be considered for the 2016 competition. This is your final chance to be in with a chance of winning an IWC 2016 medal!
The IWC is the world’s most respected blind-tasted wine competition, the results of which are highly anticipated around the world.

Entering the IWC 2016 offers the fantastic opportunity for your wines to gain international recognition by some of the greatest media titles including AOL, MailOnline, Stylist, The Daily Telegraph, The NZ Herald, Corriere della Sera and more. The Decanter World Wine Awards (DWWA) is open for entries from now until 4 March 2016. 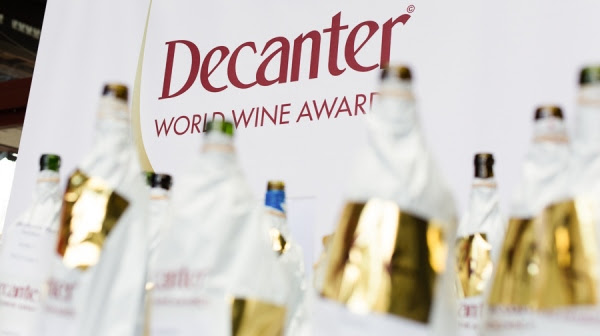 Looking forward to seeing your wines in the DWWA 2016! Visit our brand-new website for all the information you need to know about how to enter, why you should enter, shipping your samples, and the judging panels. Don’t miss the opportunity to have your wines judged by the world’s leading wine palates.